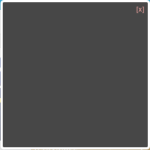 Those of us who have waited for hours in line in Sina Road in Athens to buy a railroad ticket to Thessaloniki, the introduction by OSE (ΟΣΕ- Hellenic Railways Organization S.A. and its subsidiary Trainose) of an online reservation system last year must have seemed like too good to be true, coming from an organization who is single-handedly responsible for a sizeable portion of Greece’s debt and still owes about 8 billion Euros to the Greek state (link to company’s unofficial blog in Greek).

END_OF_DOCUMENT_TOKEN_TO_BE_REPLACED

Last week’s article in New York Times about Carrefour (Carrefour Rethinks Its ‘Bigger Is Better’ Strategy) is the perfect argument in favor of the view that there is no substitute for a sound strategic analysis of the competitive environment.

The gist of the story is that Carrefour bet heavily during the last decade in expanding the average store size from 8,927 square meters in 2000 to 9,647 square meters in 2010, going against the trend of more compact hypermarkets that its competitors preferred. Carrefour judged that online commerce is too small in total size to be of any serious threat to its business. But, as usual, the devil is in the details: the added capacity was primarily used to offer non-food items that represent infrequent consumer purchases, exactly the type that is increasingly being sold online. Predictably (in retrospect), the extra capital investment was nowhere near as productive as Carrefour would have hoped, costing the company in market capitalization and probably costing the CEO his job.

Those of us that think and do research about Information Systems Strategy, should never forget that as important as network economics and IT-enabled strategic resources are,  a proper analysis of the competitive environment, including substitute products and services, is the one step we can never afford to miss.

We recently discussed major differences between how Apple’s app-store is set up versus how Google’s android market is set up, especially regarding the process (or lack thereof) of screening the applications that are offered through their markets.

Last week Symantec identified 13 different malicious applications in the Android market with 5 million combined downloads between them. Symantec’s announcement was, of course, highly embarrassing for the “self-policed” system set up by Google. However what was even more embarrassing was Ars Technica’s report yesterday that a week later, six of these applications were still available in the Android market!

I know that we explained in class that the process differences reflect fundamentally different strategies from Google and Apple in the management of their platforms, but it is getting very hard to justify Google’s complete hands-off approach…